On Monday, gold fell to a new multi-month low of about $1,787/oz, and the climb higher is anticipated to be challenging. Data from New York’s Empire State Manufacturing (-11.6 against f/c 17) and somewhat lower US Treasury rates helped strengthen gold prices yesterday. 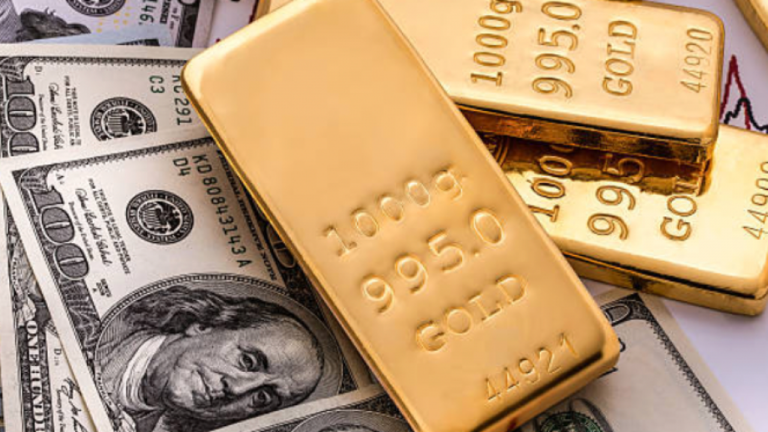 Gold is up to approximately $1,828/oz after sliding to a new multi-month bottom of roughly $1,787/oz on Monday, but the climb higher is expected to be difficult. Yesterday, the precious metal was supported by significantly worse-than-anticipated NY Empire State Manufacturing data (-11.6 against f/c 17) and somewhat lower US Treasury rates. The U.S. dollar also declined at the start of the week, but the lack of conviction and follow-through suggests a pause rather than a trend reversal. Jerome Powell, chairman of the Federal Reserve, will talk later today at 19:00 (UK) and, as always, his remarks must be observed.

The daily gold chart illustrates the month-long trend and decline in price. The 18 April bearish hammer candle was joined by another on 5 May, and these continue to exert downward pressure on gold. Recent negative market rallies have been sold off, and the bearish channel established in early April remains in effect. If this channel is broken decisively, the next level of resistance is around $1,858/oz before the 50 percent Fibonacci retracement around $1,874/oz enters play. If the current bear market rebound fails, the $1,787/oz. low from yesterday becomes relevant again.

Gold prices may continue to decline, given that dealers remain net-long. Positioning is less net-long than it was yesterday, but more net-long than it was one week ago. The combination of current emotions and previous developments gives us a mixed trade preference for gold.

Gold Is Stuck Within a Lateral Channel