Many investors go to haven assets like the US dollar during times of tremendous uncertainty, but what if the greenback is not sufficiently secure? Then it’s time for gold to shine. 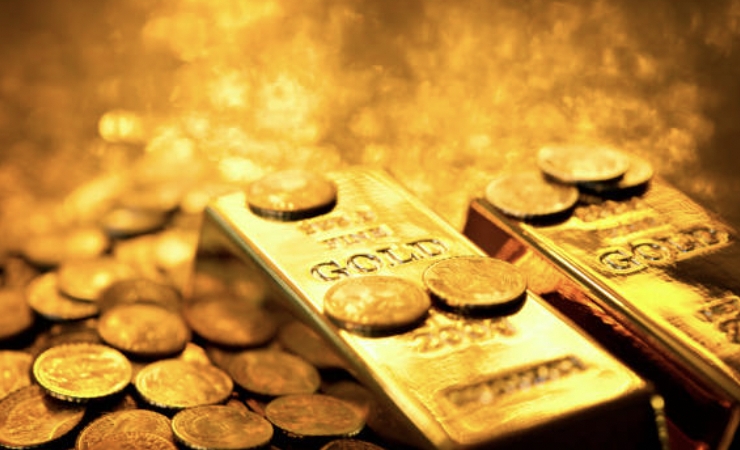 The yellow metal has been gradually gaining value over a century, despite a short setback in the preceding decade. More and more applications for gold will be found in the future because to its unique physical qualities, which not only make it a beautiful decoration but also an excellent conductor of electricity and heat in electronics and medicine.

There is just one source of gold, from a simple supply and demand standpoint, in mining operations. With the elimination of COVID-19 obstacles in various nations, the output rate is predicted to grow again over a 25-year period by 50%.

The gold supply is dwindling; just 28 new finds have been identified since 2012, according to the World Gold Council. In its market intelligence analysis, S&P is gloomy about gold’s long-term output, expecting little to no growth in gold production, placing significant upward pressure on gold prices.

Demand wise, gold is generally sought after for jewelry and electrical components; thus jewelry has been the leading source for gold consumption. Gold demand is expected to rebound after health restrictions in China are eased following the outbreak of the pandemic, which reduced consumption from 719.2 metric tons in Q4 2021 to 517.8 metric tons in Q1 2022.

Central banks still buy gold as a secure alternative to fiat currencies, even though the gold standard is no longer in use. New economic giants like China, India, and Turkey, for example, may be particularly interested in this alternative. In the first quarter of 2022, central banks bought up to 80 tons of gold.

As gold trade is dollar-denominated, the greenback’s exchange rate is inversely connected to gold demand, i.e. A lower dollar invites investors to acquire gold at a nearly reduced price. Gold may be a good hedge if the dollar were to fall versus other major currencies. Being a safe haven asset also means volatility in the market will drive money from other assets with greater risks, which applies to most unfavorable situations, e.g. economic crisis, and natural catastrophes.

But what will happen when the shock is so huge that it impacts the whole global economy? There’s just one quick answer: purchase gold! The gold price has risen steadily until early March 2022, ever since Russia began assembling soldiers along the Ukrainian border at the end of January. Food from Ukraine could not leave the nation, and the West cut off Russian capital and products because of the uncertain scenario, which was predicted by the market.

A year and a half into the conflict’s immediate economic consequences, the damage had been mostly repaired. The final elephant in the room would be the unintended inflation, partially induced by the Russian invasion, and the continuous epidemic which wreaks havoc in other places, particularly China – the primary supplier of products and user of crude oil.

As a hawkish response to keep inflation getting out of control, the Federal Reserve announced a series of rate rises in the coming months. A smaller increase was later implemented by other central banks including the Bank of England. The divergence in rate rises among other countries bolstered the US dollar versus other major currencies, which in turn dampened the market’s enthusiasm for gold.

Technical Analysis of Gold Price Futures (GC) – Trading on the Weakside of Major Fibonacci Level at $1844.00